Millet, an Ancient Grain that's Good for You! 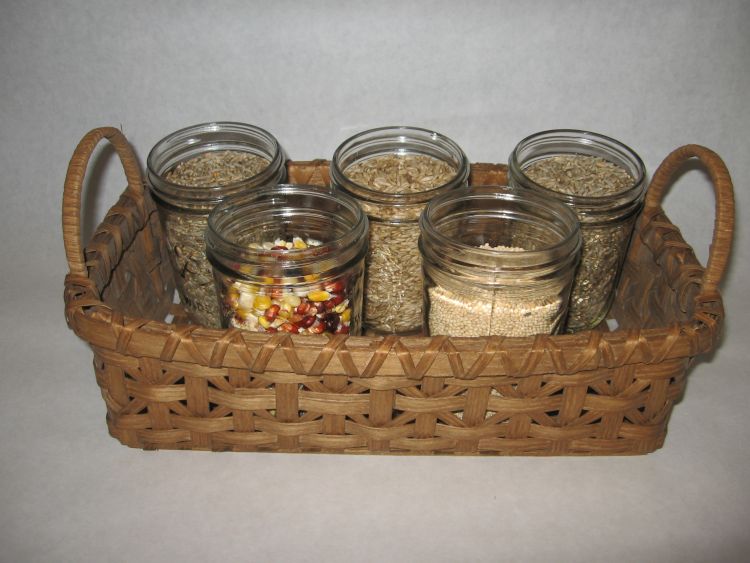 Shown in 1 pint wide mouth jars is our first gr... 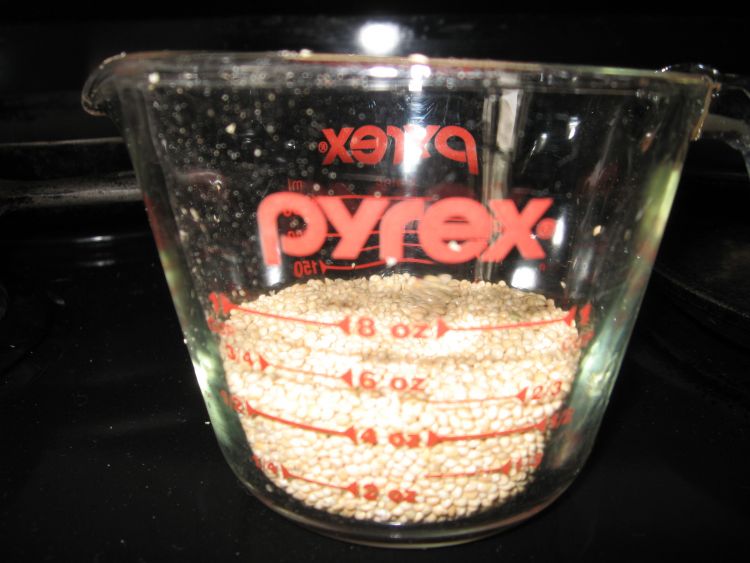 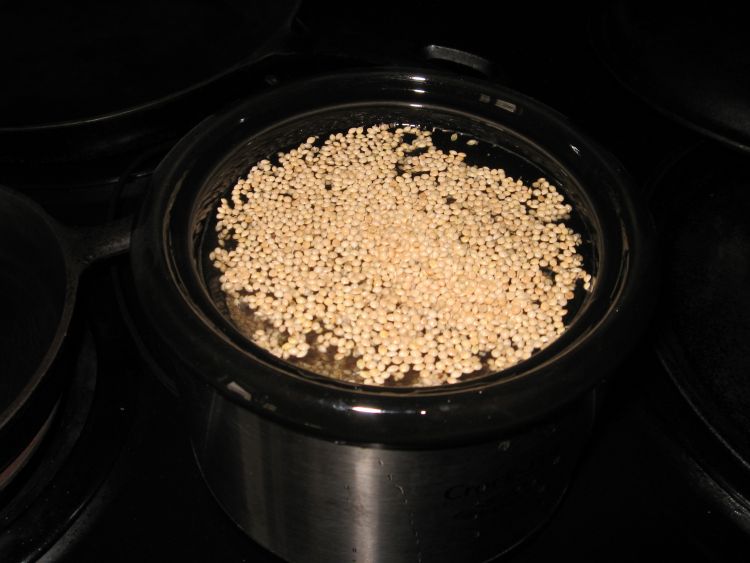 Millet is very easy to cook. No need to pre soa... 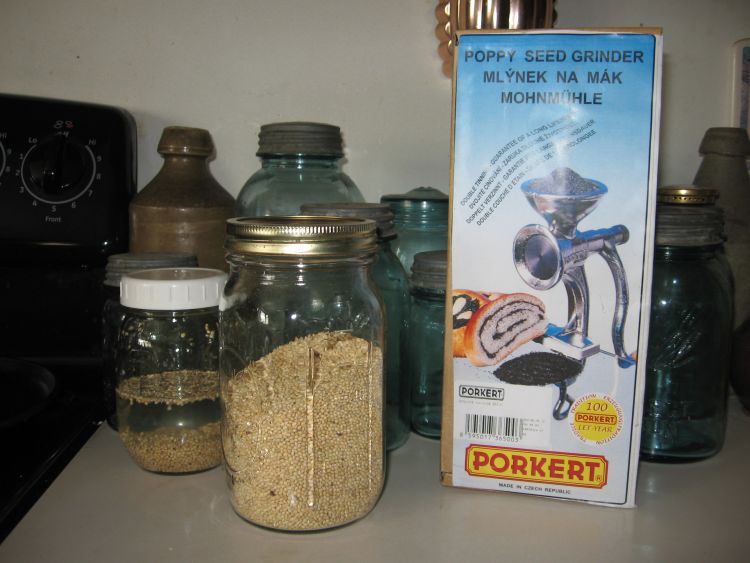 Like other grains, millet can be ground into fl... 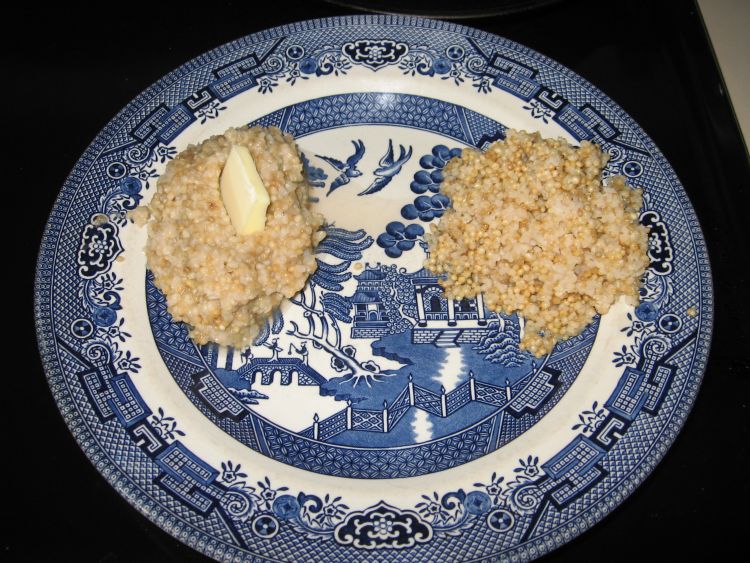 If you want to serve something like mashed pota...

Millet can be boiled like rice with 3 times as ...

Millet is seldom grown for food in North America, but it is widely grown to eat in the rest of the world. This healthy food crop is easy to grow and prepare for the table at home. Once your soil has warmed up well this grain will grow quickly and be ready in 60 to 90 days. While growing it does not look like a food crop at all. That makes it ideal to plant not only at home but also near a camp or cabin retreat. The tiny seeds are easy to get off the stalks. Simply cut off the plants when the seeds are tan and dry and hit them against the inner sides of a large bucket or small barrel. That is called threshing. To remove the thin covering on each seed you can just rub them between your hands. I am quite content to leave those thin Millet husks on myself and enjoy the crunchy texture. On a breezy day pour the grain and loosened hulls from one container to another and the wind will carry the much lighter husks away while the seeds fall down. All the small grains Seed for Security sells to be grown at home can be harvested by these simple methods. Some grains have a very difficult to remove shell on each seed which is removed by machinery. 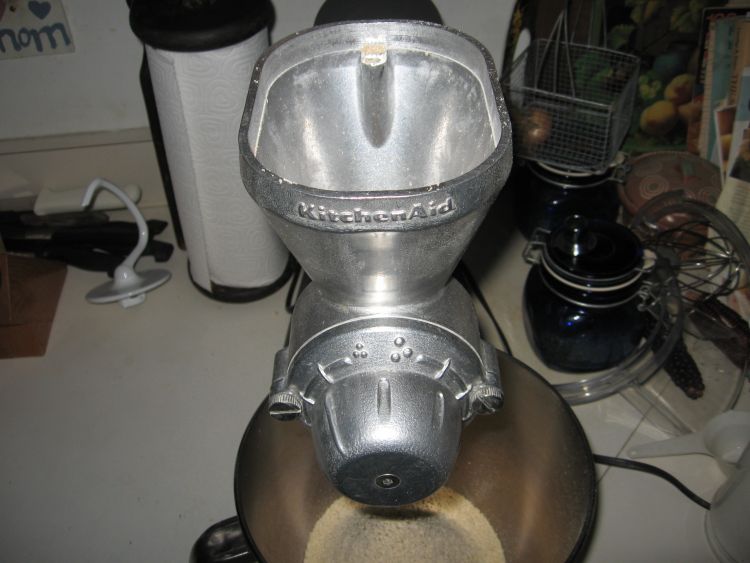 The jar on the right has whole White Proso Mill...

For pan cakes I am adding 1 level teaspoon of B... 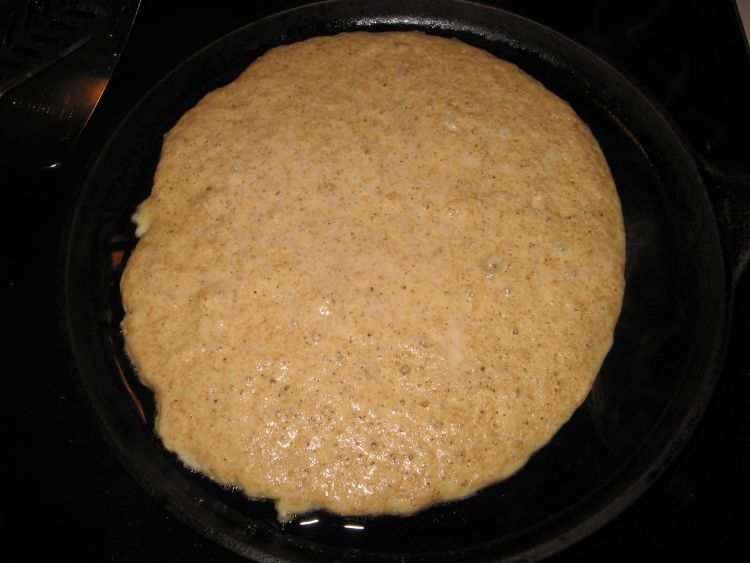 You can see some bubbles have appeared on top o... 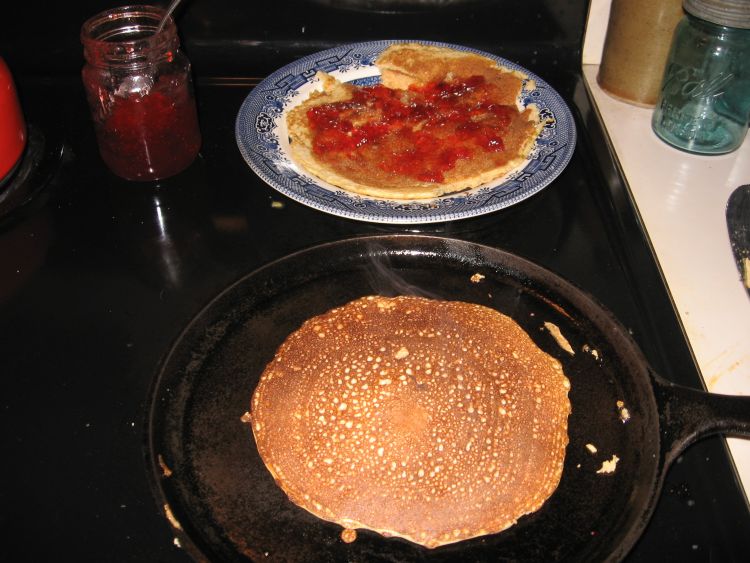 I added some of my homemade strawberry jam betw...

I really can not think of a grain which can be cooked in more ways. Boil it for hot cereal. Cook it and serve it like rice. Stir the Millet while cooking and it can be a smoother hot cereal or eaten like mashed potatoes. Added to soups and stews it can provide carbohydrates and many other nutrients. Casseroles can also be made from this versatile grain. No need to make noodles or pasta out of Millet. Without grinding into flour there are many ways to prepare Millet. But it also grinds very easily for baking breads, biscuits and pan cakes. Millet is a Gluten Free grain safe for those who now need to avoid gluten and those who will become unable to eat gluten later in life. More and more people are becoming unable to eat wheat or any other grain with gluten in it. The mild nutty flavor of Millet goes with most any other foods you like. 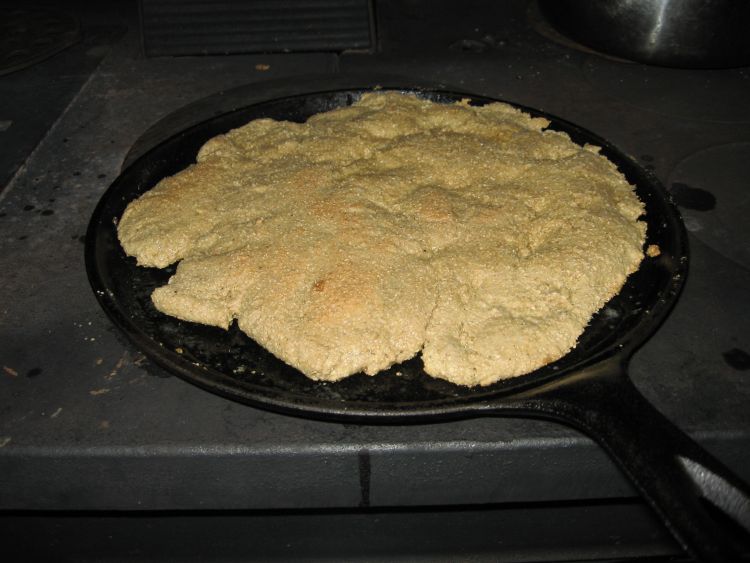 Made in our wood fired kitchen range this flat ... 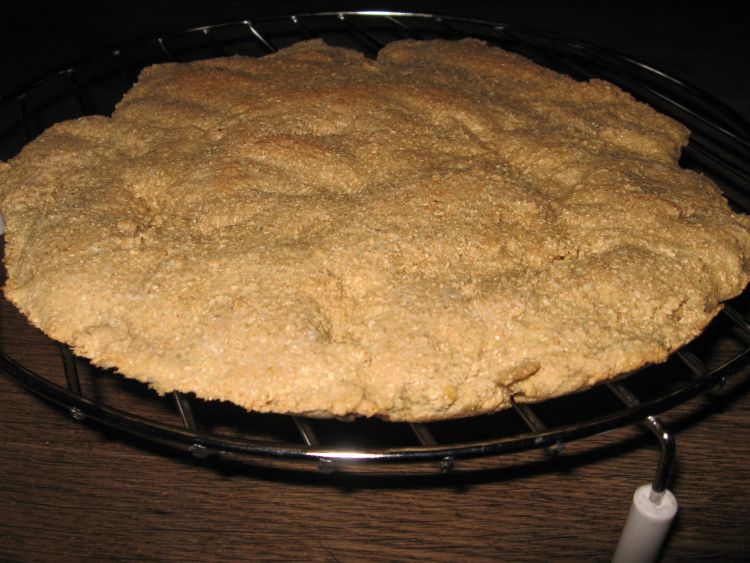 As soon as the Flat bread is done move it to a ...

There are many different kinds of Millet grown for various purposes. I sell sealed pouches of White Proso Millet which is a widely adapted grain for both Northern and Southern states. I also include Millet in Our 4 Grain Collection along with Hulless Oats, Rye and our Flint Indian Corn. Adding grains to your home food production is the best way to reach food independence. Most great civilizations were built around cultivating one single grain crop. By growing several you will have harvests at different times of the year. Garden vegetables are great to have on the table, but in order to work and grow we really need grain and also mature dry bean crops to feed us.