Spelt is a high protein grain, which tastes fairly similar to whole wheat. I have grown the grain here several different years, but I have not found an efficient, home scale way to thresh bushels of it. It is very low in gluten, so it will not rise much with yeast, and some of the people who can't eat wheat, are able to enjoy spelt. 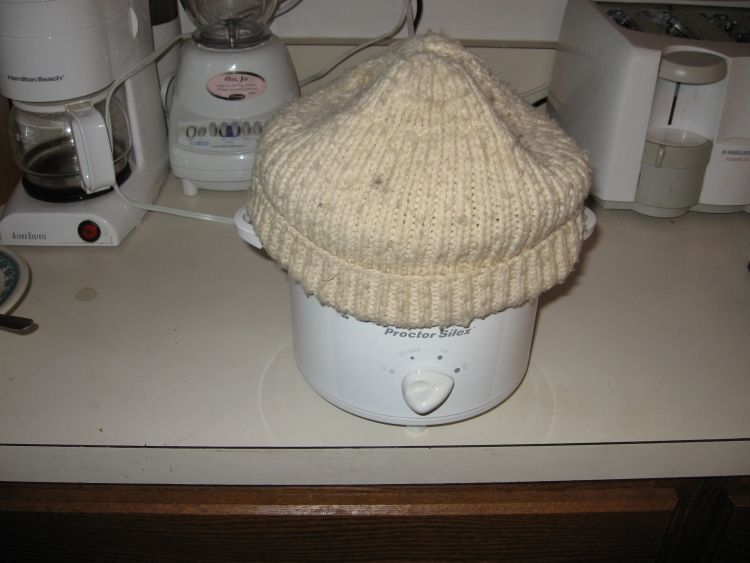 Since the heating elements are in the sides of ... 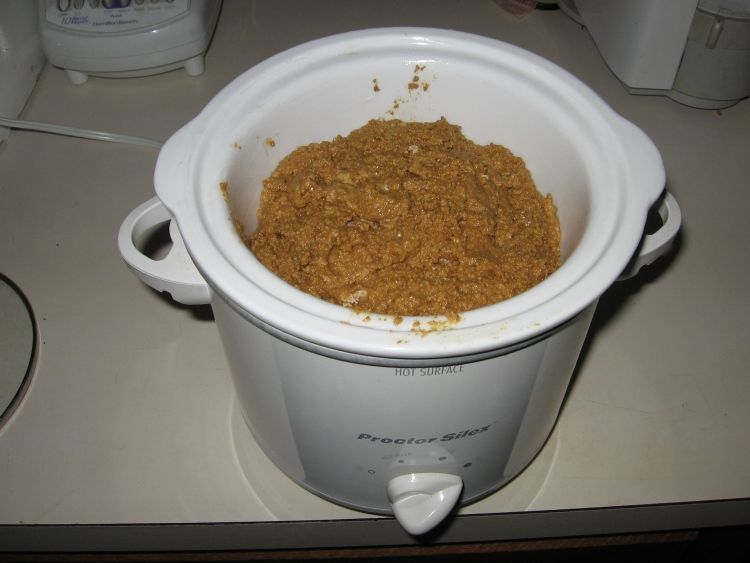 Here the spelt bread batter is in the crock-pot...

Here is my slow cooker recipe for a small loaf of spelt bread.

Grind a cup and a half of whole spelt grain into flour.

It will make a little more than 2 cups after milling.

Add two Tablespoons of baking powder, and mix the dry ingredients well, before adding the liquids.

Add two eggs and two Tablespoons of molasses, and just enough warm water to make a thin batter. Don't mix any longer than needed to make a uniform mixture.

Scoop into a well greased 1.5 quart crock pot and cook on the high setting for about three hours.

Whole wheat bread is quite similar. I would use only one Tablespoon of baking powder, and depending on the variety of wheat, less whole kernels may be needed to grind a little more than two cups of flour.