Here are 5 rows of corn in one of my gardens. As you may be able to tell from the looks of the soil, and how tall the grass is, I have been having a very wet Spring in 2011. When the corn gets a little taller, about knee high, it will be side dressed with aged chicken manure. Not directly over the roots of the crop, but out into the path a couple of inches, so the roots will grow out to it, and keep the corn from blowing over in a storm.[Grains which blow over are sometimes called called 'lodging'.] Mix the manure in, don't leave it on top of the soil. It will turn the leaves dark green, and keep them that color until the corn fully matures and dries out in the Fall. Some years I broadcast Rye into the paths when adding the fertilizer between the corn to help rebuild the soil. That Rye could probably be harvested the following summer, if I carefully cut and removed the corn stalks by hand. 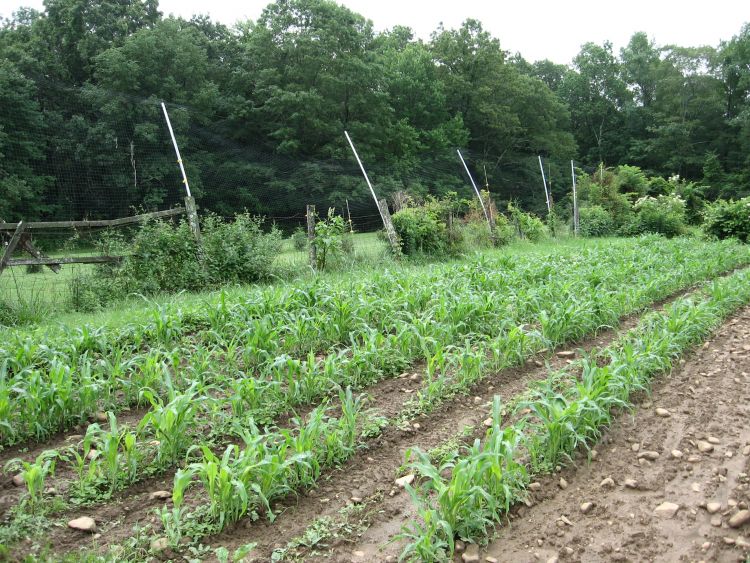